“There is never a question of changing from my plan. The only question is: how do new opportunities fit into or improve my original plan? The goal, the plan, always comes first.”

Calling on his incredible career as an Olympic gold medal-winning athlete, business mentor and now Elite Performance Coach at BISS Puxi, Marlon Devonish shares his tips for achieving elite performance and guidance on maintaining mental wellbeing and positivity in this A-Z series.

One of the toughest decisions for any international sportsperson is choosing when to retire. Olympic gold medallist Marlon Devonish shares his experience of deciding when to call it quits and how he used his career in elite sports to inspire a new pathway.

There is no crystal ball.  There are times in all our lives when we must make decisions.  You could be a student choosing between courses, in a career contemplating your role or at any other of life’s many crossroads.  It happens to all of us and it happened to me when, at the end of my career, everything I knew and had worked for had to come to an end.

Elite sports people commit themselves to a goal and do everything to reach it. Their own dedication and the relentless competitive pressure of other outstanding athletes drives them to success. There is always a clear goal, there is always a plan and there are a thousand decisions in between which could be the difference between winning and losing.

Over the course of my career in athletics and beyond, I created strategies for decision making that helped me push forward. Life has a way of throwing challenges at you and you don’t always get everything you want. However, you can always make progress if you adhere to some basic decision-making principles.

One of the key pieces of advice I give in my business coaching and with students at BISS Puxi is to follow your own plan. To do this, you need a plan to follow! You also need a system of milestones that allow you to check in on your progress and critically assess where you are against your plan.  Essentially the clearer and more defined your goal is, the easier it is to create a strong plan.

There are times when your plan is challenged.  A dilemma is posed when an opportunity arises that was not in your original thinking. You must question whether it is right to stick with the plan or to be flexible and find a new path.

It was the beginning of 2003 and I had forged a pathway which would help me get from the outdoor European, Commonwealth and World Championships to the ultimate prize, the Olympics. An opportunity arose to compete in the World Indoor Championships in Birmingham and as it was an indoor competition, I was not keen to divert my resources or routine to take part in it. For me it was a distraction. I was ready to reject it. On this occasion, my coach persuaded me to compete on the basis that this would serve as a critical test of where I was in my preparation for my real short term goal which was the European Outdoor Championships in Paris later that year.

He taught me that in every plan you need a system of assessment, checking, recording, communicating, and improving. I was lucky to have a team around me that critically assessed me in a positive way and had my best interests at heart.

So, on this occasion I, with the support of my team, took the opportunity of the Birmingham Indoor Championships as part of our overall plan. On the day, I won Gold at Birmingham and became the World Indoor Champion and now have very fond memories.

I officially retired in 2013 although the decision was made 12 months before that. It’s not easy when your whole life is dedicated to a sport and it’s time to switch it off. You know it will create an unfillable void. An inevitable decision looming in the distance. Do you deny it exists, delay it, or face it head on?

I have always been interested in the psychological elements of sports. I knew that athletes that had been forced to quit through injury struggle more that those that made a conscious decision to stop. I wanted it to be a decision that I made on my own terms. I knew also that not making a decision is also a decision to remain with the status quo and make it work.

I had some key criteria that worked for me in terms of decision making. These days, athletics is very data driven. There was data on personal performance times, competitor times, recovery times, nutrition intake, sleep and a host of quantitative information that helped me make decisions. This is specific to elite athletics, but I encourage you to also consider what data metrics you have at school, at work and at home in decision making.

And then there’s gut feel. I had to be very honest with myself about whether I still wanted to make the sacrifices necessary to reach the highest level in athletics and whether I would be satisfied to just be part of the team.

My whole mindset was one of pushing through challenges and to ‘give up’ because it was getting hard was against everything I know and stood for. I wanted to continue to be the best I could be and compete at the highest level. At the same time, I knew my career had to some to an end and I wanted it to be my decision.

I have a small group of key people who are close to me.  My sprint coach, my agent also a former sprinter, my wife and family that I fall back on to make the major decisions. It’s a small group but I trust them to have my best interests at heart.  Sometimes you need a different perspective and it’s important to be humble and listen to hard truths from people who want the best for you.

I weighed up the feedback I received from my close-knit community of advisors against what my body was telling me and what I knew about myself. In 2012 I made the decision to retire and although I did not make it public, inside I committed to it fully.

‘There is no destination’

My plan had to change radically. The security of the life I knew as an athlete had gone and had opened up a host of new opportunities and ambiguities in life that tested my decision making. I was in unchartered territory and out of my comfort zone. Having always had such clear goals and a plan, it was difficult at first to adapt.

I admit that, at first, I accepted too many opportunities but, over time, I became more selective about who I worked with. I found myself falling into the similar strategies I used with athletics as I clarified my goals and my plan.

“There is no destination” is a way of thinking that has guided me through my career as an athlete, as a business coach and as an educator.  In the good times it inspired an insatiable craving for more and in the tough times it was a tried and tested model for optimism that I could fall back on.

It’s important to reflect deeply on who you are and what drives you. I am never happy and, in that state, I feel I am most at one with myself.   I know it’s a paradox, but it is what has helped me become who I am today. To be clear, I am not morose, demotivated or negative. I am quite the opposite - I am always striving to improve myself, to learn more and to better myself in whatever way I can.

“There is no destination” means that there is no limit and there is always another challenge and another summit to climb. I am always pushing myself out of my comfort zone to learn more, do more, fail forward and be the best that I can be at any particular discipline.

Essentially, this whole A-Z is about my journey in which there is no ultimate destination. What is most important is that you find a philosophy that resonates with you, I hope it helps you find direction and make decisions that guide you to where you want to be.

Stay tuned next week for the next part of the series: E is for Energy

Want to see Marlon in action with students at BISS Puxi?  Check out his video here. 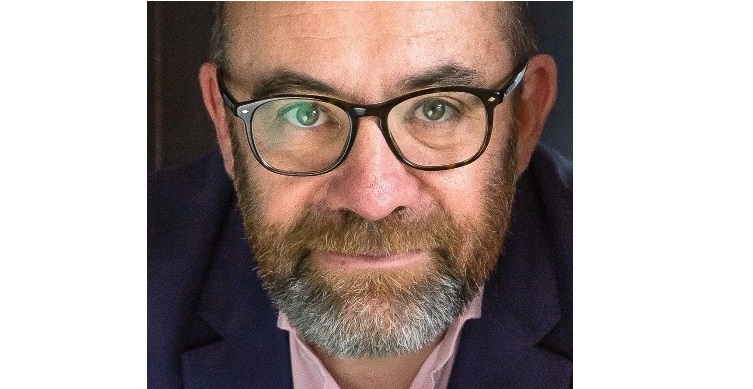