Focusing on play during a child’s early years education at Northbridge International School Cambodia is a motivational approach that enables them to achieve greater academic success, develop lifelong skills and a positive attitude to learning. More often than not, Jack Champion has been ahead of the curve. After learning to walk early, he’s benefited from developing physical skills and abilities quickly, but learning to read and write was a challenge.

“It was the first thing he actually struggled with,” Anna Champion, Jack’s mother, said.

While it was important for Jack to come to that realisation, Mrs Champion was concerned it may affect his confidence.

A huge believer in learning through play, Mrs Champion had Jack in a school of her choice, but he was in a large-size class with children that weren’t his age. She felt Jack needed a smaller, personalised learning environment.

“They were all mixed together, so things like that were a little bit tough,” she said.

“Jack’s a confident boy when you meet with him but he’s not as confident underneath. A school with a small population was important.”

After settling her daughter in primary school at Nord Anglia International School Hong Kong, she heard about the opening of the school’s early years campus in Sai Kung, and moved Jack there after a long chat with NAIS Sai Kung’s head of school, Naima Charlier.

“I had a long conversation with Naima about what it was going to be like,” Mrs Champion said.

“We chose without seeing the campus because it wasn’t ready, but it surpassed our expectations. When NAIS Sai Kung opened they had much smaller class sizes. We saw it was important to the school to get the teaching and the school set up right.”

Learning through play reflects a child’s natural state and the way they learn about the world. The teaching staff at NAIS Sai Kung harness the play approach to achieve the aims of UK-based early years foundation stage (EYFS).

Those aims are to ensure children pick up functional skills like how to pay attention, organisation, planning and prioritising and starting a task and seeing it to completion, which Mrs Charlier said, children learn easily through the process of play. She said parts of the EYFS curriculum were adapted to suit the local environment in Hong Kong.

Importantly, play enables students to make a lot of progress quickly because learning is focussed through whatever interests a child, she said.

“It depends on what they’re interested in whether it’s football, pizza or birthday parties. That’s going to be reflected in the classroom,” Mrs Charlier said.

Teachers record each child’s progress regularly using an online tool called Tapestry, which records their progress and their teacher’s observations. Parents can view these updates in real-time at home and add to it. Collecting data regularly also means teachers can check to see if there are gaps in a child’s learning by monitoring their progress against the early years curriculum objectives, so that they develop the right skills.

Leaders in the school also help teachers analyse the data to ensure every child continues to make progress. Regularly monitoring in this way results in many children making three years worth of progress in a year.

“We’re constantly looking at adjusting our practice; it’s through that constant adjustment and changing our response to the needs of each child that they manage to make so much progress,” Mrs Charlier said.

“If you put something in place to address their needs, children can move in ways you don’t expect. All you need to do is support them a little and they will fly. You can give them targeted activities through play to move them forward and they will gallop along. We see this all the time.” Jack was no exception.

The school identified Jack needed to work on knowing his letters, how to write them, how to develop a strong pencil grip and knowing how to read. His class teacher identified how to spark his interest and use play to address these areas. To improve his reading skills, he found material on his favourite football team Liverpool. For writing, his teacher drew him into playing roles that involved some form of writing or mark-making.

“Because he wanted to write, he would create a menu for his pizza restaurant. If he wanted to bring me a bill for my meal, he used his knowledge of which sounds make which letters and how to write those letters so he could bring me my bill.” Mrs Charlier said.

Hannah Sanders, an early years, Grade 1 teacher and English teacher at Compass International School Doha said research from Professor Rebecca Marcon at the University of North Florida showed that by the end of a child’s sixth year in school, children who had a child-led early years education had significantly higher grades, compared to adult-led learning.

“Parents often worry that a play-based education will affect a child’s academic progress - this is not the case,” Ms Sanders said.

“I’m all about experiences, they’re the fundamental learning pieces. The learning is deeper because of that. They remember their experiences instead of sitting in front of a desk. The experiences make the difference.” 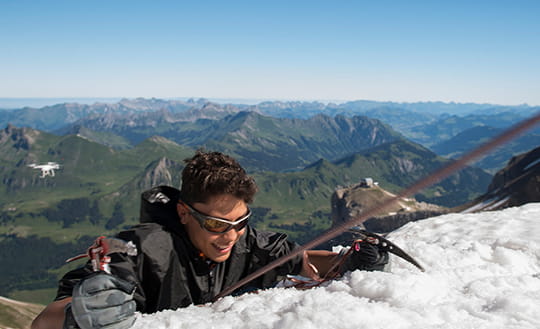 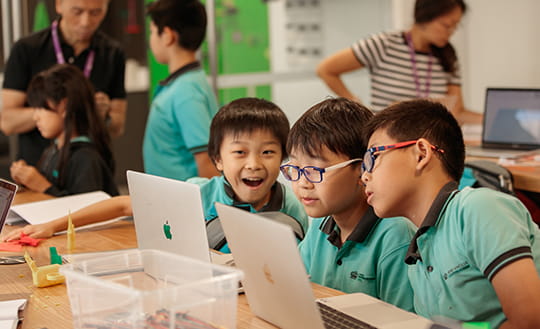