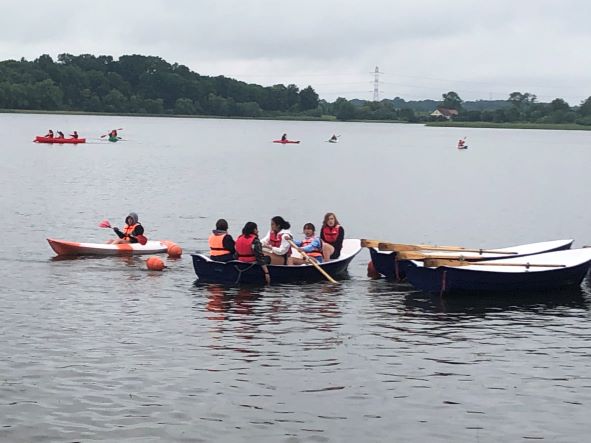 The entire secondary school is participating this week in Green Camp activities at various locations.

Year 7 in Tarda and Year 8 and 9 in Zefir, both camps in the Mazury region; Y10 is at Drawa camp in the north-west of Poland while Y11 and 12 are at the Radkow Camp near the Czech border.

During the 5 days at Green Camp, students have had opportunities of kayaking, rowing, cycling, climbing high ropes, constructing small and large things, swimming and pursuing many other sport and non-sport activities. More importantly, it was a time to bond with other students while working together on group projects – with students who have been in school for a while but also with students who joined us this year and have had an opportunity to become an integral part of our school’s community. 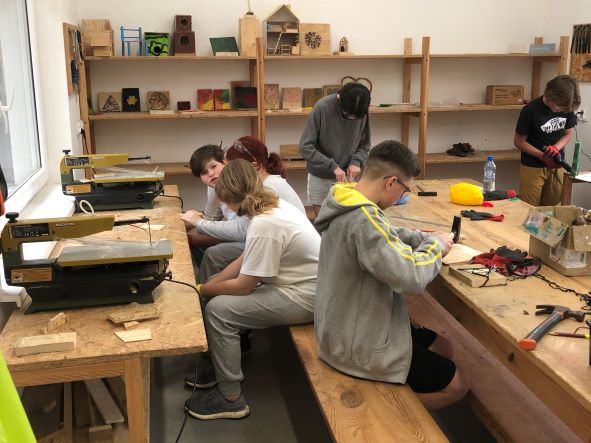 During Green Camps we celebrate outdoor education. As already mentioned in my previous post, the idea of Green Camp is closely related to the early days of the IB programme and the idea of outdoor learning and adventure education that was promoted by Kurt Hahn. Hahn, after leaving Germany, arrived in Scotland in 1933 where he founded the famous Gordonstoun boarding school attended by Prince Philip and Prince Charles. The Duke of Edinburgh Award and United World Colleges were just a natural follow up to Hahn’s philosophy of education. Kurt Hahn (founder of the Outward Bound Organization and the Duke of Edinburgh Award) believed that there exists within everyone a grand passion for adventure that must become an integral part of our children’s education.

“Education must enable young people to affect what they have recognized to be right, despite hardships, despite dangers, despite inner skepticism, despite boredom, and despite mockery from the world. I regard it as a foremost task of education to ensure the survival of these qualities: an enterprising curiosity, an undefeatable spirit, tenacity in pursuit, readiness for sensible self-denial and, above all, compassion.”

All Green Camp activities this week have helped our students to gain the skills outlined above. The British School Warsaw believes that a strong extra-curricular programme is an essential element of a successful school environment.  Green Camps, trips and sport activities represent an important part of the all-round growth of each student. You like poetry and want to start writing your own verses?
read more
News image The pursuit of Academic Excellence in the Secondary school