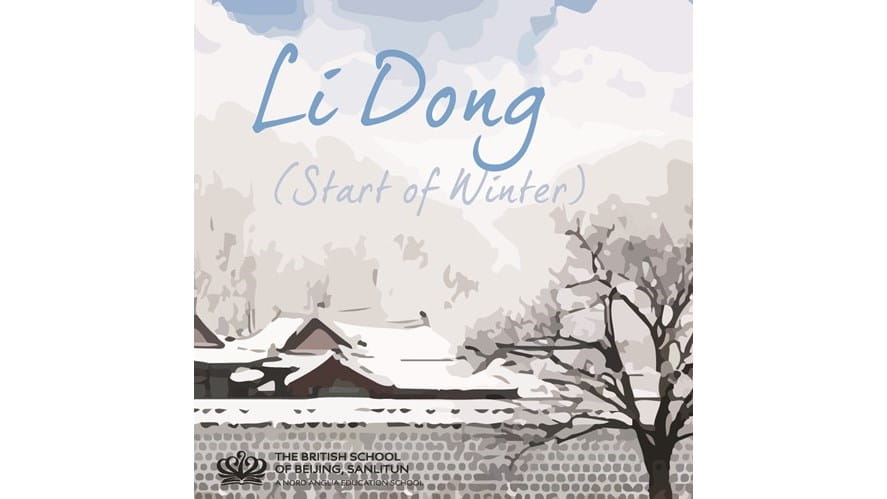 19th Solar Term--Li Dong Li Dong (Start of Winter), the 19th solar term of the year, starts between 7th or 8th November, when the sun reaches the celestial longitude of 225 degrees.

Li Dong (Start of Winter), the 19th solar term of the year, starts between 7th or 8th November, when the sun reaches the celestial longitude of 225 degrees. According to Yueling qishi’er hou jijie (月令七十二候集解) edited by Wu Cheng (1249-1333), “All autumn crops are reaped, aired and stored; animals go into hibernation”. The Start of Winter is the first solar term of winter. However, the climate is different every year, and with the vast territory of China, the beginning of winter could be quite different. In Beijing, people often feel cold in late October.

In ancient times, the Chinese people took the Start of Winter to be the beginning of the winter. The four beginnings of the seasons were important festivals in ancient times. Before the Start of Winter, the ancient emperor would take a shower and have no more meat. On that day, the emperor would lead his officials to the suburbs and perform the ceremony of "welcoming the winter."

A legend has it that at the end of the Eastern Han Dynasty (AD25-220), "Medical Saint" Zhang Zhongjing saved many people in Henan province from a typhoid epidemic and their ears’ from being frostbitten around the Start of Winter. He cooked mutton, hot peppers and herbs to dispel the cold and increase body heat. He wrapped these ingredients into a dough skin and made them into an ear shape. Since then, people have learned to make food which became known as "dumplings". Today there is still a saying that goes "Eat dumplings at the Start of Winter, or your ears will be frostbitten".

Here is a poem about the start of winter from the Tang Dynasty.

The start of winter   by Li Bai

The writing brush frozen, new verse I would not write.

The stove blazing, fine wine heated does me delight.
Tipsy, I gaze at the ink patterns in moonlight,
In a trance methinks snow veils the hamlet o'er night.