All students in Y4, Y5 and Y6 put on the BSB Music Circuses the last week of April, and the theatre was full for both performances.

On Tuesday 23rd April, the students performed on their chosen string instruments: violin, cello and guitar. Each group from Y4, Y5, and Y6 had their turn on stage, ending in an amazing performance by the Junior Orchestra, led by Mr. Conrado Maia.

On Thursday, 25th April, it was the winds students’ turn: flute, clarinet, French horn, trumpet and trombone, and then the Junior Wind Band, conducted by Mr. Leo.

For many students, this was their first time performing, and they did a wonderful job! The audience was entertained by the variety of musical styles of the pieces and the children’s smiles. Of particular note were the Year 6 groups who played divided parts and demonstrated how much they have progressed since Year 4.

Well done to all involved! 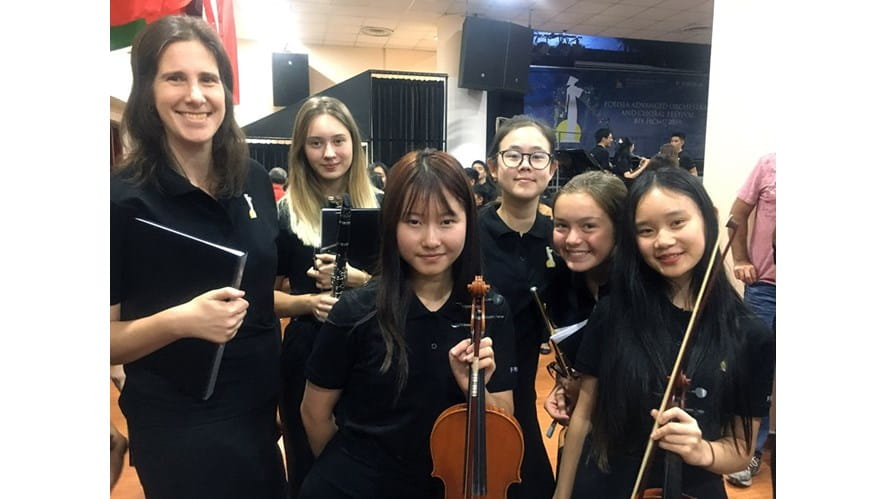 There’s No Way You Can Stop the SCHOOL OF ROCK!